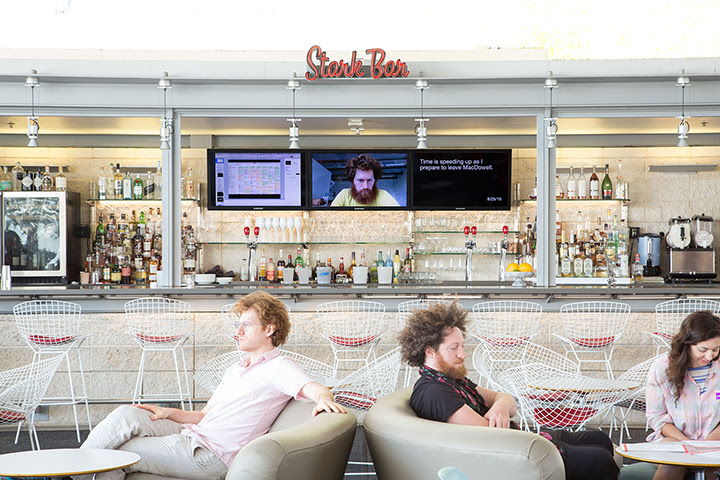 For Workflow, Mandiberg used self-tracking technology to understand the changing definition of labor in the digital age. The endeavor had multiple components, including a one-year sonic installation, Quantified Self Portrait (Rhythms), in LACMA’s Pritzker Parking Garage elevators, and a three-channel video, Quantified Self Portrait (One Year Performance), which ran at LACMA’s Ray’s & Stark Bar from February 16, 2017 to August 8, 2017. Both of these works have entered the museum’s permanent collection. 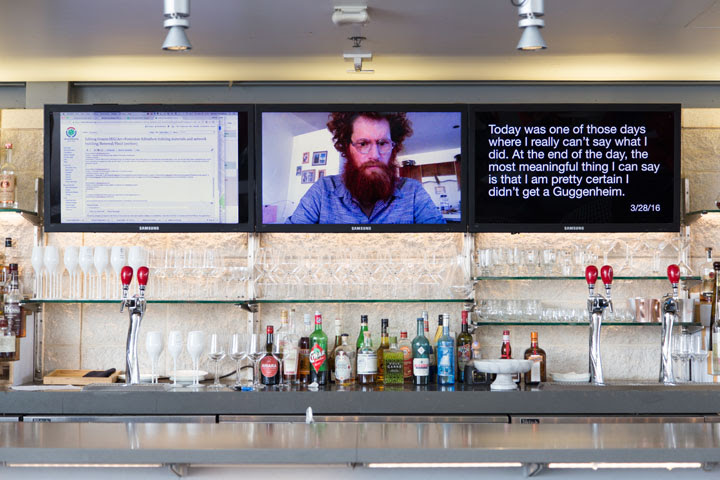 Quantified Self Portrait (One Year Performance), is a three-channel video composed of photos and screenshots captured by Mandiberg’s computer every 15 minutes for a year, using a technique that employers use to monitor remote employees. Mandiberg also kept a daily journal for the duration of the performance; the third screen of the video work features a few sentences distilled from each entry, which convey Mandiberg’s state of being each day. The year long sound installation, Quantified Self Portrait (Rhythms), pairs the sound of the artist’s heart rate, with the sound of email alerts as Mandiberg sent and received them. The work reflects what Mandiberg describes as a pathologically overworked and increasingly quantified society, revealing a personal political economy of data.