Read in Artforum. By Tina Rivers Ryan, printed in the May 2016 issue. 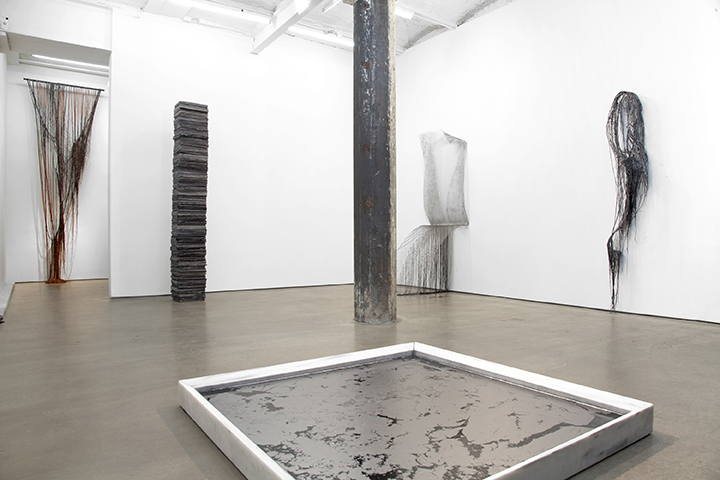 Beyond the Main Fair: 9 Things to See This Armory Week by Kate Messinger Read on Paper Magazine. Light your torches, the art world olympics are upon us again. The largest New York based art fair, the Armory Art Show in its 22nd year, brings us a giant warehouse filled with artwork you have probably seen before, a burning glow of neon lights, a $5 shot of espresso, and the possibility to be stabbed by a woman with art fair…Read More This Week’s Must-See Art Events: Hacking Dystopias by Michael Anthony Farley on February 22, 2016 Read on Art F City. This weekend’s must-see events include a lot of AFC’s friends and favs, from Friday’s discussion on hacktivism as part of Joyce Yu-Jean Lee’s project FIREWALL Internet Cafe to fundraiser events featuring the work of AFC’s own Matthew Leifheit and F.A.G. Bar artist Macon Reed on Saturday and Sunday, respectively. But during the week, do check out solo shows from Leanne Shapton (Tuesday) and Sherrie Levine (Wednesday). Thursday’s all about dystopia, with…Read More Read on Refinery29 By Emily Singer / October 22,2014 It’s officially art fair season, with the 12th edition of Frieze London taking place last week, and exhibitions rolling out in cities ranging from Toronto to Dubai over the next few months, culminating in the big art fest-slash-cultural who’s-who-slash-party that is Art Basel Miami Beach in December. That makes it a great time for emerging artists to get their work in front of new audiences — and for you to discover…Read More View on NY Mag September 25, 2014 Tour a Newly Transformed West Village Townhouse By Wendy Goodman When I toured the forlorn Abingdon Guest House this summer mid-renovation with developers Ari Heckman and Will Cooper — who head up the team of young design talent at ASH NYC — I had no idea what a beauty it would become. Read on Refinery29.com Lauren Seiden (American, born 1981) New York-based artist Lauren Seiden wraps canvas with paper and works over the paper to blacken it with charcoal — sometimes only coloring edges and gulfs, sometimes darkening the entire crinkled surface. From a distance, they could be sculptures of fabric, marble, or wood, but knowing they are paper creates a pleasure in seeing how they’ve been utterly transformed into a reimagining of canvas, painting, and sculpture. (CK) Lauren Seiden’s work will be exhibited in “Imago Mundi,” curated by Diego Cortez, works from the Luciano Benetton Collection. The exhibition coincides with the 55th Venice Biennale in Venice, Italy. Opening on August 27 at 7 p.m. Running from August 28 – October 27, 2013.  Read more.